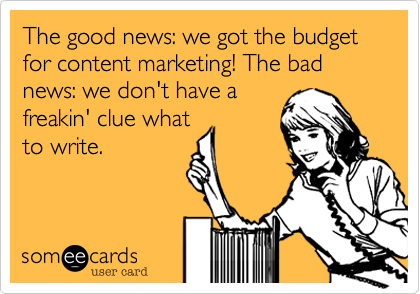 Indian Media & How it will evolve in the next 5 years

The history of Indian media dates back to year 1887, when Bal Gangadhar Tilak launched Kesari. But the history dates back to Hickey's Bengal Gazette or Calcutta General Advertiser which was launched in 1780. Through the rulers of Indian Colony had their own news paper and international editions of newspapers available then for their updates. The main job of the media then and now remains the same of informing the consumers about the goings-on in the society.

Mahatma Gandhi had often used media to lobby against imposing of new laws by the British government. Like, way back in 1906 when the British government imposed new poll-tax Zulus in South Africa, Mahatma Gandhi often wrote column in ‘Indian Opinion’ to create awareness about the ill-effects of the new tax. Also, when in India he used to send press notes to media providing them with information on the Congress proceedings, freedom struggle, etc.

Shahid Bhagat Singh used media to convey his message during his court trial period. These trials were attended by journalists who conveyed his message across to them, which in turn reached the citizens and freedom fighters of India i.e. the target audiance.

Of late, even novel authors Jeffery Archer have demonstrated the use of media through his novels Cane & Able and Prodigal Daughter. So, media has played a big role during the Indian freedom struggle by conveying message and action plan of the freedom fighters to the common people, while on the other hand the authors have created stories based on the media and its involvement in the story characters.

Media has greatly evolved since its nascent stage, since its printing days. Earlier it was only print media, and then came radio channels, with the opening of the television medium, the media sector witnessed the launch of electronic media, further evolution saw the birth of internet. With the launch of each new medium the consumer started receiving news quicker.

Usually, print media takes atleast 24 hours for the news to appear, radio and television procure within 24 hours, while Internet takes probably less than an hour to go online and reach the readers. Through the Indian consumers have seen and experienced different mediums there is yet a lot to come.

At present, in the Indian media scenario there is a battle between the publications and electronic media for exclusive content. This led news channels/publications to define the news they will be covering in terms of general news, financial news, technology news, political news, lifestyle, movies, etc. With the growing number of publications and TV channels the journalists have started sensitizing all the news to gain TRPs. But this trend is slowly growing towards nsumers’ oriented content, because the consumer is the king and viewer ship matters.
This was the same era blogs started gaining some popularity, but still they were in a very nascent stage and consumers were hardly referring to blogs for news, also the print and television media was criticizing the bloggers for their credibility.

But matters changed when the infamous Drudge Report published Monica Lewinsky scandal and opened a can of worms. The Drudge Report changed the media scenario completely, and blogs got credibility in the minds of the readers.

It is interesting to know how the media evolved with the readers/viewers taste patterns. Below are some of the listed exampled of how media has changed according to consumer taste patterns:

The Indian media is growing at rapid speed involving different tools available online and mobile to garner readers/consumers attention. But the question remains where it is headed towards? What is the future? How will we experience the news or how to get readers involved in the story?

Some new medium for the media industry which will become a common place for the consumers/readers in the future are as follows:

The future of media is highly unpredictable with the number of innovations in the space of communications are increasing. With the rise of alternative communication mediums the news will be more factual and statistics proven for the consumers to understand. In the future the content matter will be less and visuals will be more as consumers will like to grasp and understand the story faster wasting less amount of time. The films will be of shorter length, so we can watch a whole movie in an hour.

The news on the TV Channels will be easily downloadable by sending a message. Recently launched Mobibuzz TV (http://mobibuzz.in/) provides content for mobile media, they cover the news which is uploaded on their website, by registering on the website the consumer can select the content he/she wants to see. This content is sent to the consumers’ mobile through MMS. With the launch of 3G platform this content can be easily downloaded on a business phone. These platforms offer the consumers to decide what they want to view and when, so the consumer will be king who decides on the news content. The news will be more consumer centric as the story will have followers commenting and interacting with the journalist.

There is a high possibility of 3 –D news which can get viewers involved and let them experience the story.

With the evolution of media, the public relations industry will evolve with more focus on the brand/product/company specific communication, also the industry will have measuring tools for that communication. This evolution will also impact product communication strategy, which will become innovative and involve the consumers into the product.

Here is a case study on the product communication in the future where the character portraying Mihir from ‘Kyuki Saas Bhi Kabhi Bahu Thi’ is working in Tata Teleservices Ltd as manager Human Resource dept.

A lot of products can be marketed using this format for the soap-serials, since a lot of different companies will be marketing through this platform, the product placement and communications rates will be inexpensive for the companies. Also with the launch of satellite communications channels like DTH and CAS and the newest form of cable i.e. IPTV brand communication will be a lot easier. The set-top boxes will tap the viewer ship patterns and post that can communicate with the consumers through alternate mediums may be RIFD
(http://en.wikipedia.org/wiki/RFID).

Posted by Moses Gomes at 2:41 AM No comments:

How a doctor himself can promote his services

For a doctor to increase his business he will have to consult and treat more patients, without patients a doctor cannot survive his/her business. Also if you (doctor) get more patients you garner more experience resulting in more patients. For this the doctor needs to differentiate from the competition i.e. other doctors and create his/her own USP. There are variety of methods a doctor can maintain Public Relations/Patient Relations. I have listed some key strategies:

Last but not the least, please do not try to scare patients and be honest in treatments, it always pays.

Posted by Moses Gomes at 3:07 AM No comments:

There was a time, when there were very less no of doctors available to treat patients. But with the growth in economy the number of doctors has increased and the patients numbers has also risen with the rise in new age diseases.
A new attitude among patients has been observed in last couple of years which the doctors never anticipated? The patients now are much more informed. Now, patients do their homework on the aliment they are suffering from, and information technology plays a crucial part in spreading information.

Patients now, are more prone to do a Google on their ailment they are suffering, the best doctor available, advisable treatment and medicines. With the information, patients have become knowledgeable; they now ask the doctor for more information on the ailments, diseases and debate on best possible treatments.

The media for quite sometime observed this trend and launched columns and wellness supplements in there publications. For that matter even TV Channels, Websites, Radio stations have dedicated special shows and sections for the public at large. Most of the issues are related to Health, Wellness, Fitness and diet. Through extensive coverage is given to Health based stories, New technologies in hospitals, successful case studies, Yoga, Wellness columns by eminent doctors, Q & A based columns, etc. These articles often quote expert doctors, and leads to awareness on the doctors expertise.

This phenomenon suddenly gave a boost to Healthcare PR. Healthcare PR professionals often publicize the doctors, treatment and diseases. Well this is for what they are known for. But they also do a lot of other things like

Some questions always floating in my mind... ????

Being a PR proffesional and always thinking about brands, lunches, crisis management, communication strategy.. their are some questions I always searched answers for????
Though I never had any formal education in the business of communication and marketing (m a Marine Engineer) I always had inclination for brands and brand management...

I am searching for answers for these above questions, searching on intenet, google, blogs, books... n every possible place. I think I shoul post these questions to Martin Lindstrom or Harish Bijoor (branding gurus).