Future of Technology for Social Media


Smart phones
Smartphone sales in India are expected to reach 80.57 mn by this year end. Most consumers have migrated from ‘feature phones’ to smartphones for using new features, especially Internet. As Internet usage on mobile has increased tremendously, as India lacks broadband connectivity. This boost in sales of smart phones has also been the offer of EMI options from smartphone makers, even for below '$200 segment', as it plays key role in driving growth of the smartphone market 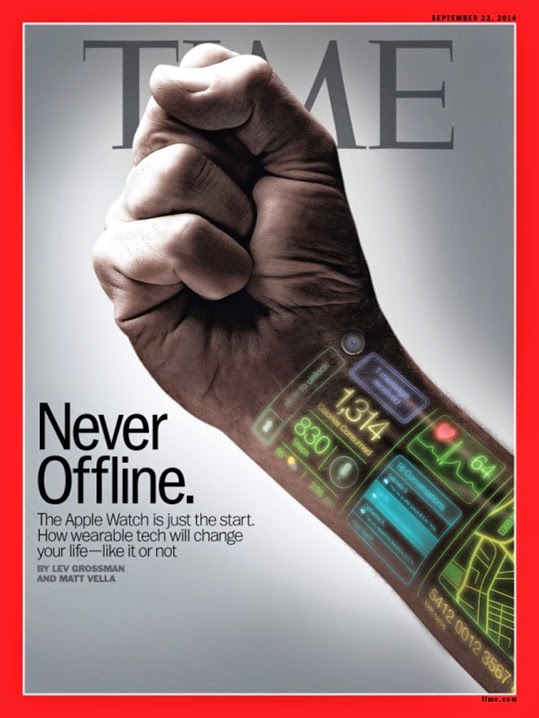 Smart watches
Smart Watches are wearable - technology devices that maintain a relatively persistent wireless connection to between mobile device—usually a smart phone and watch—and can receive notifications of incoming calls, texts, instant messages, social-network updates, and more, from that device.

Bracelet
From activity trackers to wristbands that track and notify about all kinds of things – nobody is safe from this new wave of wristbands. In which brands, big and small, want to get their piece of the cake. Both, Bluetooth Smart as well as optical sensors is state of the art for most of these bands.

Smart Glasses
Smart Glasses has been pioneered by GOOGLE, this Glass displays information in a smartphone-like hands-free format. Wearers communicate with the Internet via natural language voice commands.

Apparels
Evolution of technology has enabled textiles to merge with technology to create fashionable, functional and comfortable solutions to meet every day needs; whether in sports & fitness or outdoor & leisure or home care & health care.

Smart paper
Electronic paper & e- paper are part of display technologies that mimic appearance of ordinary ink on paper. But unlike back lit flat panel which emits light, electronic paper reflects light like paper. This makes them comfortable to read, and provide a wider viewing angle than most light-emitting displays. Ideally this e-paper display can be read in direct sunlight without the image appearing to fade.

Virtual Reality
Virtual Reality (VR) is referred to as hypothetical future technology, it is a computer - simulated environment which creates perception of being physically present in a non-physical world or imagined world. Virtual reality can recreate experiences which include virtual taste, sight, smell, sound, touch, etc.

Augmented Reality
Augmented reality (AR) is a live, direct or indirect, view of a physical, real-world environment whose elements are augmented by computer-generated sensory input such as sound, video, graphics or GPS data. This is a part of virtual reality, which doesn’t require hardware.

What lies in future for us?

Semantic Search Engine
Semantic search uses artificial intelligence in order to understand the searcher’s intent and the meaning of the query rather than searching for keywords, it understands the complete meaning of search phrase. Google is focusing to build natural language processing – the process by which machines can effectively interpret human speech and phrase. This will become a driving force in the advancement of semantic search, leading to accomplishment of search / query with different tools of GOOGLE.

Social Media + AI
Facebook, Twitter, LinkedIn and others are beginning to use artificial intelligence techniques to build - deep learning capacities. They have started to process all activities occurring over their networks from conversations, to photo facial recognition, to gaming activity, etc. Deep learning is a sub-field within AI that focuses on training computers to make logic behind undefined and irregular types of data that humans generate, such as when we speak, write, photograph or film. These Learning systems try to recognizes the trends in all raw data for predications.

Big Data Analytics
Data processing platforms let data scientists analyze, collect and shift through various types of data. In 2012 Summer Olympic Games at London used 1,800 closed-circuit video cameras monitoring Olympic Park and athletes' village. Analysts used applications to process data pertaining to those who were filmed and flag any individuals behaving suspiciously. The big data servers automatically detected the suspicious behaviors. Data visualization has given a new dimension to visual communication especially for statistics. This helps to simplify complete data into infographic or other formats which can be easily transcript by lay people. It is both art and science, since the amount of data generated is huge which makes it difficult to translate or communication. Through infographic or visual art data visualization has becomes easier. Big data and data visualization helps in identifying new Business Opportunities. In 2012 US presidential election demonstrated this how BIG DATA helps to identify voters and donors and plan accordingly to reach them. Campaign managers in both Democratic & Republican parties invested resources for seeking interest led information of voters and taking this information, addressed different election rallies. This information also helped to target advertising and fund raising programs.
Data is everything from text, voice, video, statistics, etc. using right tools of BIG DATA ANALYTICS this valuable information can be processed to offer vital information for mining. This data has huge capabilities, especially predication's for business and healthcare.

Posted by Moses Gomes at 2:08 AM No comments: